July 23rd
US 287/Dubois(1753.2)-North Fork Meadows(1782.3)
Campsite Elevation: 7,672 ft
29.1mi
All three of us did not go to sleep until after midnight last night. Around 10:30pm last night, I noticed that I had left my camera battery charger plugged into the wall with a battery in it in the hotel down the street that we were in last night. I had to run about 1/2 a mile down the street because they weren’t answering their phone and it turned out that two other hikers were in that room. It was Sycamore and Huck Finn. Sycamore hiked a lot with Bloodbath and Rampage and they have missed each other dearly, so Sycamore and Huck Finn came over to our hotel and visited. We were up late and knew we’d pay for it today, but it was worth it. We checked out by 7am and started attempting to hitch out of Dubois. There wasn’t a ton of traffic and we needed a ride 28mi out of town. We started walking out to the edge of town and couldn’t resist getting pictures at the gas station that advertises having the largest jackelope exhibit. They had a huge plastic jackelope outside for photos, funny!

Then we heard someone call my name and it was Two Hats! I hiked with Two Hats on the PCT some and had hoped to see him if he caught up to me as he started 2-3wks after me. It was so great to see him and hopefully we’ll overlap some in Montana. The towel is what he wore while he was doing laundry. Yes, he is wearing two hats.

About 30mins into trying to hitch, we got a ride about 10mi down the road to a better intersection. About 30mins after that, we got a hitch the rest of the way to the pass. We started hiking at 8:30am, which is pretty good for leaving town on an early morning hitch. This leg is unique because, other than tonight, we have preassigned campsites for 3 out of 4 nights. We will be entering Yellowstone National Park tomorrow, so it is required that hikers have a backcountry permit and we have to preselect where we will be camping as we go through the park. It can be difficult to predict how delayed we’ll be by all the people and sights, so we chose average mileage between campsites in the mid to upper 20s. The only catch is that in order to make the first assigned campsite tomorrow night, we need to do 61mi today and tomorrow….our late start didn’t help, but the hiking was not difficult, so we hiked until 8:30pm tonight to get in 29mi. That means tomorrow needs to be a 32mi day, which should be fine, but we heard there are blowdowns for a section that will make for slower going.
The hiking today was pretty bland. Lots of rolling up and down through either burn or beetle destroyed woods. Also, meadows with tall grass and many stream crossings…some knee deep. 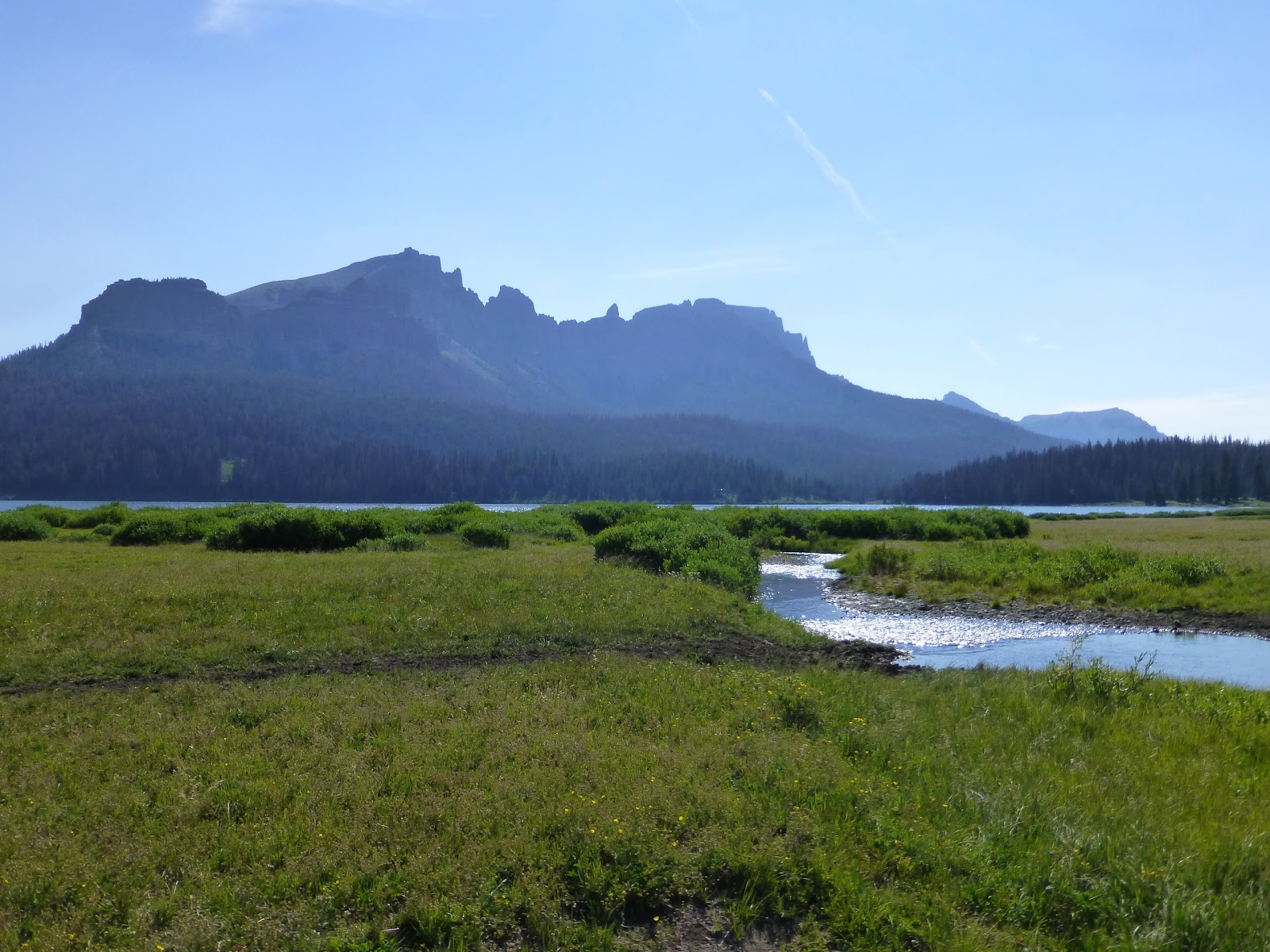 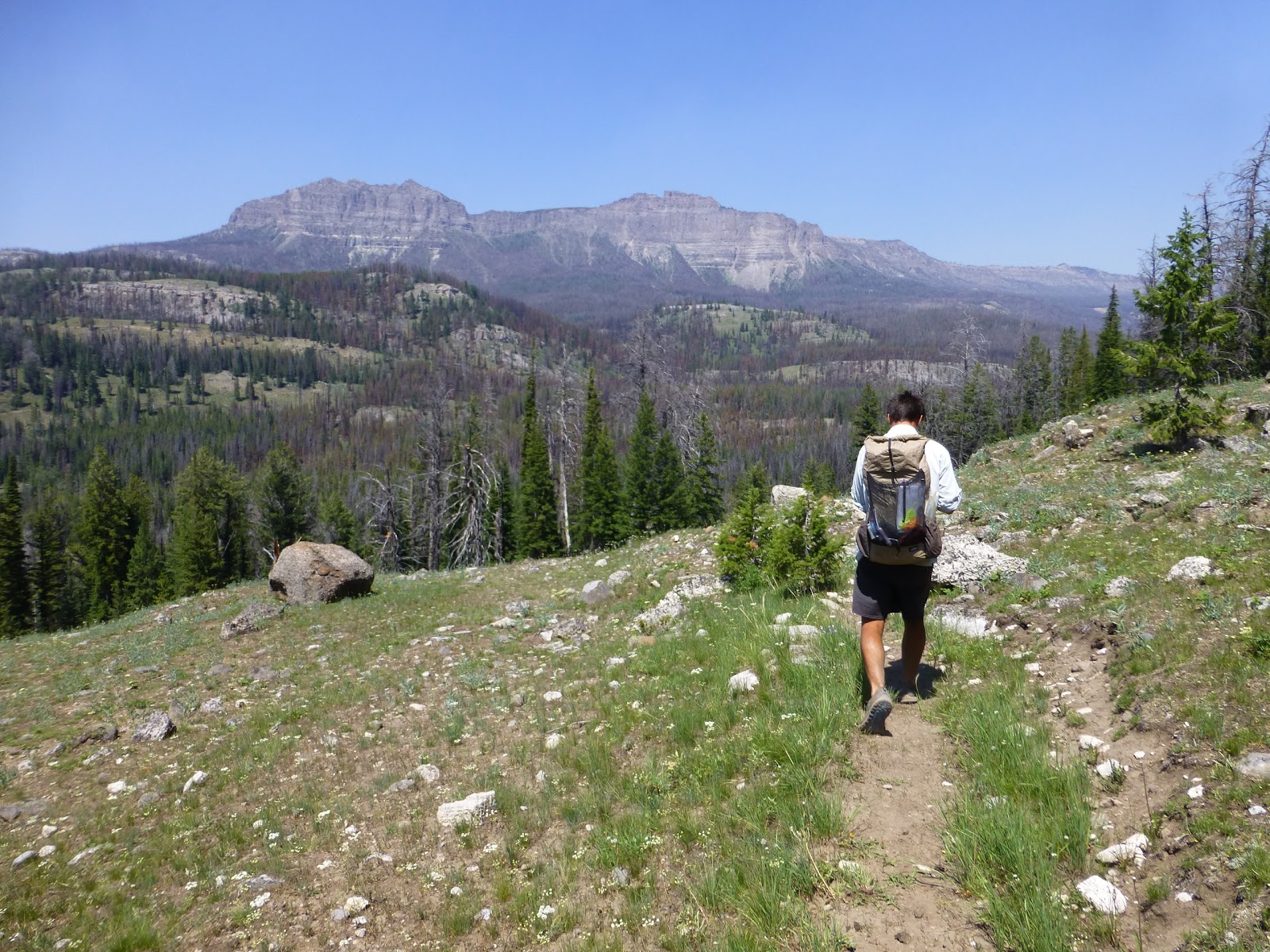 All three of us were less than energized and mentally just in a fog. We decided to finish listening to the audiobook, And The Mountains Echoed by Khaled Hosseini aloud on the iHome speaker. The book started out well and the flow of the story telling really drew us in, but it dragged after the middle and fizzled out. We just finished the last couple hours out of obligation and were disappointed wishing it had been better. There was just a lot of filler or lengthy descriptions of peripheral things that caused us to lose interest and the main story lost it’s novelty. After the book, we listened to music aloud and that was nice. Since we are now in grizzly country, we are having dinner earlier in the evening and then hiking on further to not have food at camp. I am not a fan of this way of hiking, but will probably have to accept it for the rest of Montana just to be careful. I like dinner at camp and doing my camp chores while I cook, but I’ll adjust. The other added chore is that we will need to bear hang from now on probably. It’s a pain as everything(including toiletries) that smells needs to be hung. The campsite we got to tonight had a bear hang log and that was great! 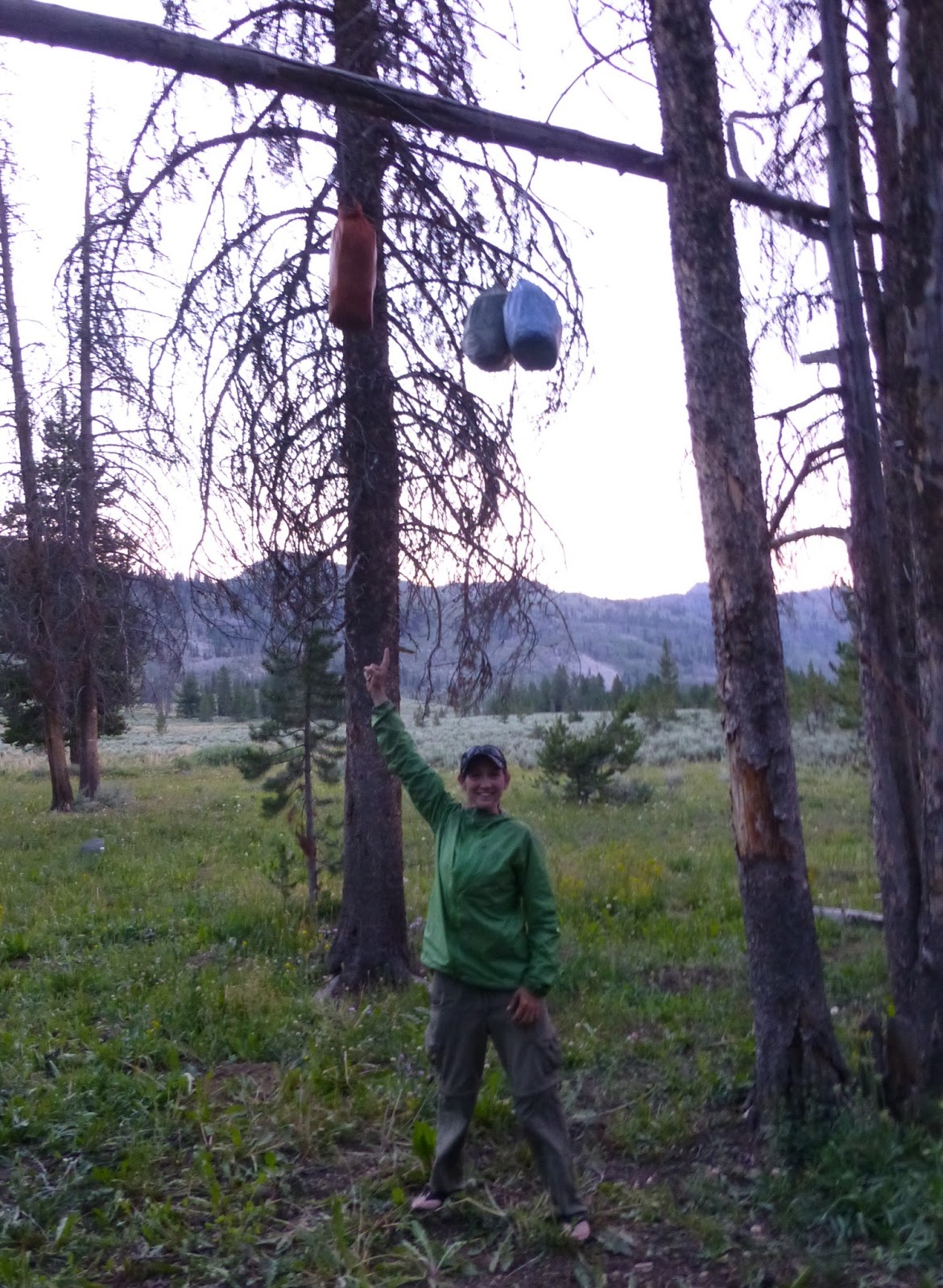 Well, it’s late and we have a big day ahead tomorrow. I hope I sleep. I’m already paranoid and hearing noises that I’m imagining to be bears, so I hope I stop imagining things and fall asleep soon!