Last night was wonderful! Nice and cool but warm enough that I didn’t use the doors that cover the mesh on my tent. I just used my sleeping bag as blanket. With the mileage I’ve been doing and how often this trail comes across towns, I decided to skip my next town and do 125mi in one stretch to Damascus. I just feel like I’ve been hitting towns too often and it will be nice to do a longer stretch of 6 days/5 nights uninterrupted. Also, it keeps me from seeing town a day or two away and doing bigger miles to make it there. If I average 21.5mi/day for the next five days, I’ll be in town on the fifth day. Any mileage over the 21.5mi just shortens my last day and gets me to Damascus a bit earlier in the day to get more done and then spend the night. I’m just mentioning it to explain my strategy and it changes each leg depending on how much time I need in a town or on a computer.

As for today, I got going at my regular 7am this morning just as the sun was coming up over the hills in the distance. 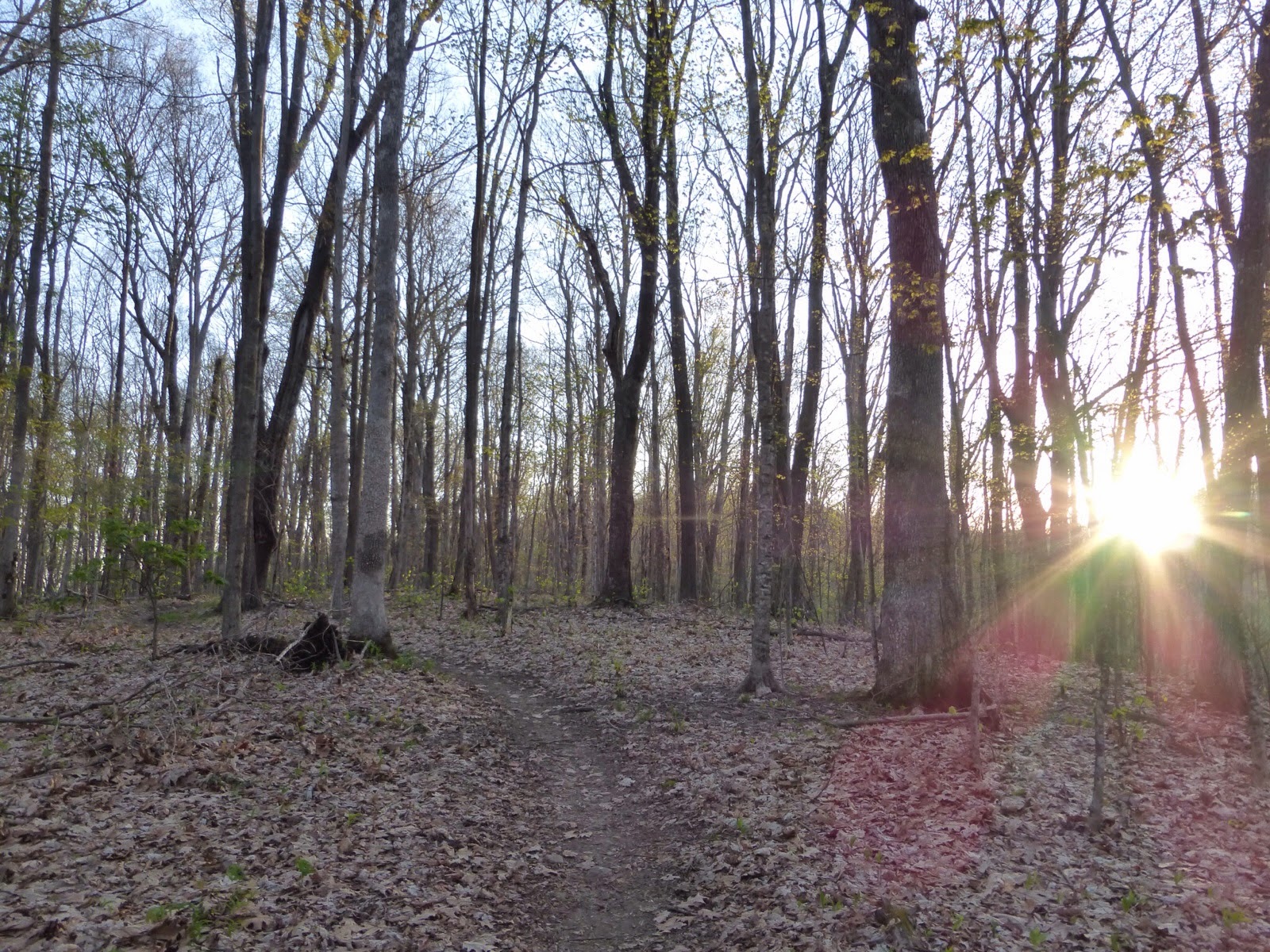 As soon as I started walking, it hit me that I was groggy and my whole body felt like lead most of the day, which is normal for a few days into my period. Just lingering effects that should pass tomorrow or the next day. The point is that I was not in a particularly energized mood today and I took it easy with longer breaks and a slower pace. The first half of the day really dragged for me. It was a bit muggy, but in the 70s and a nice breeze stayed all day. I was in shorts and short sleeves by 7:30am and was sweating quite a bit on the steeper climbs. I know the real heat and humidity is right around the corner and I’m appreciating these pleasant days while they last. 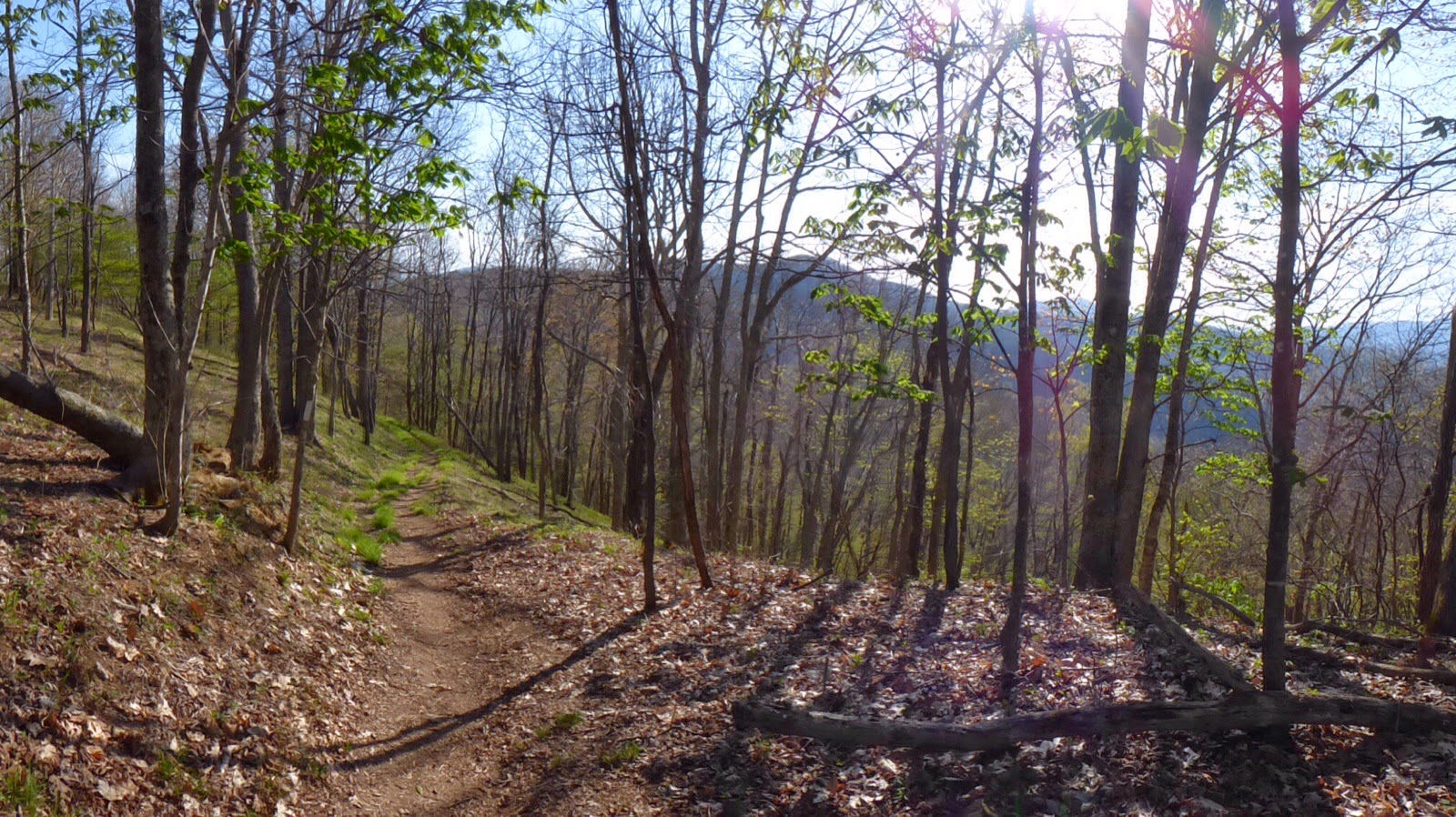 There were some steeper climbs today with fewer views. I did notice in one of the views how the trees are finally looking greener. Here is a picture of the steepness too. 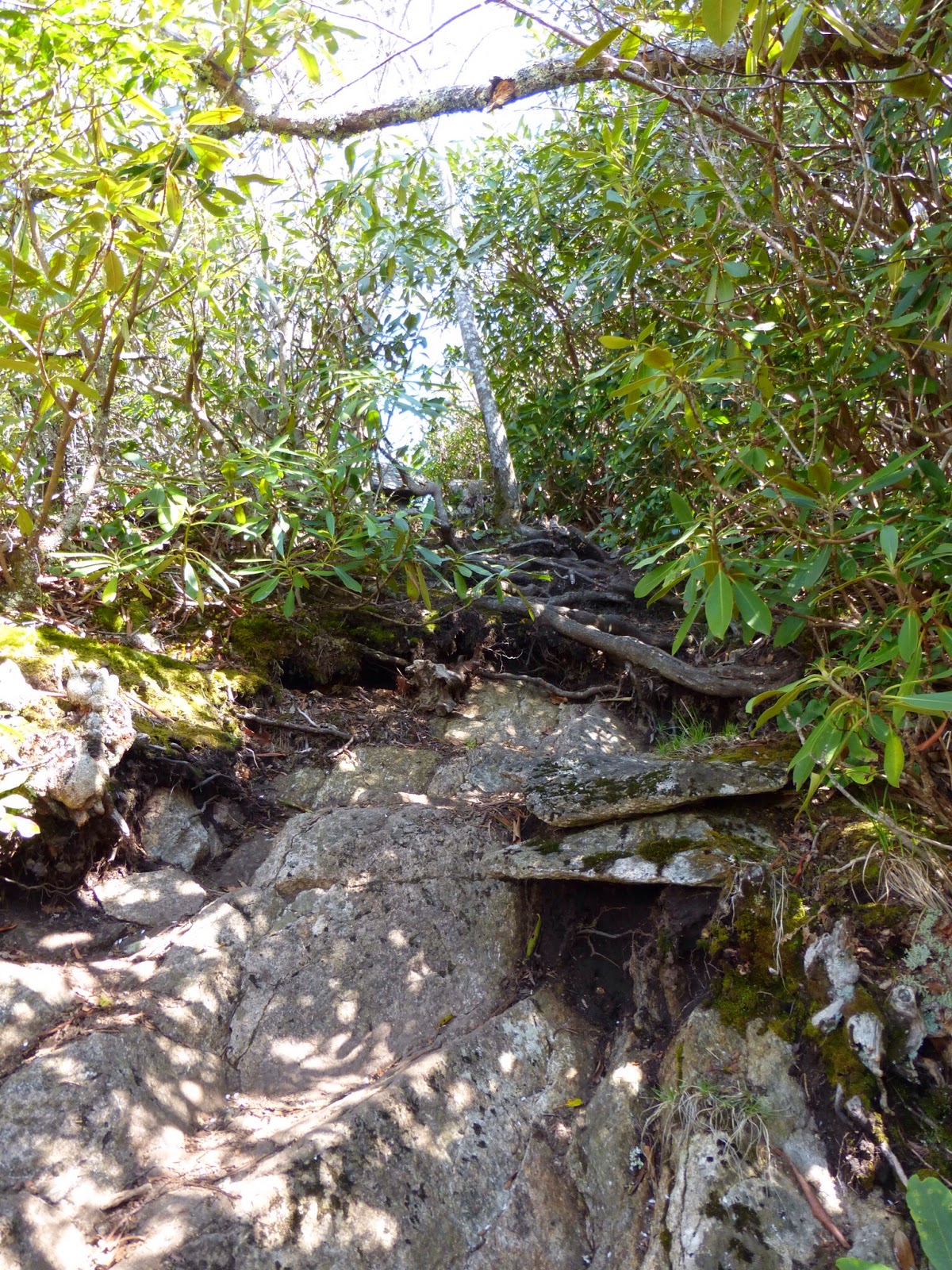 I saw few people for most of the day today and almost named this post, “Where Is Everyone?” Around lunch I met Rod ‘n’ Reel and he was really nice. He pointed out that some of the plants around us were actually leeks(smell and taste like onions) and that they are called ramps. Here he is showing what they look like. 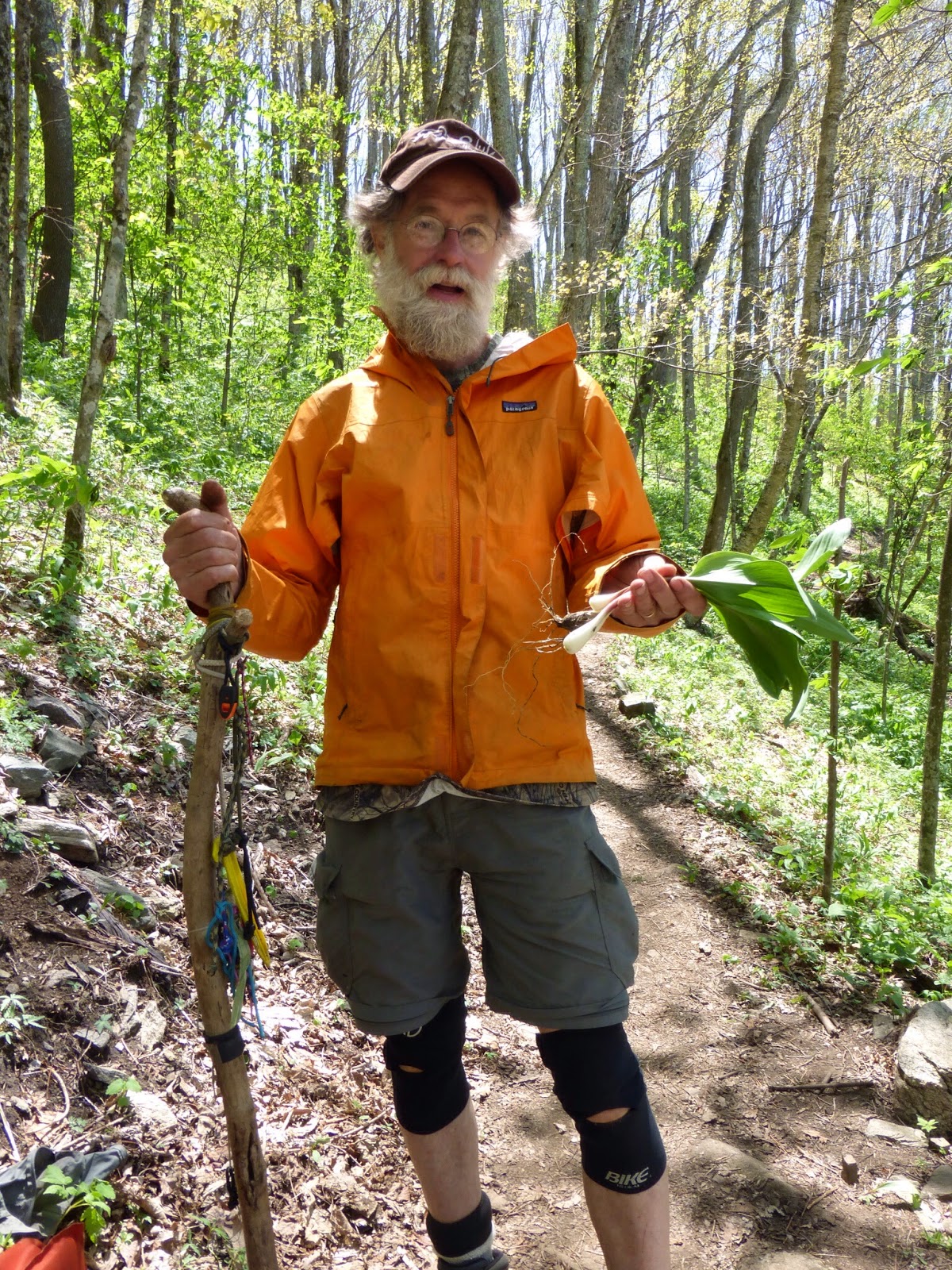 As the day went on, I started to see more hikers in the afternoon. I found out that I’m currently in with the front herd that started around April 1st (I started April 17th). This herd consists of hikers that do consistent 15mi days, and take a bit less time in towns. So I still won’t be seeing people more than once or twice because I’m doing so many more miles. Word is that I managed to already pass the major partying herd, whew! North of Damascus it’s said that the trail get easier and that’s when many hikers move up to the 20mi days so I may see people more repeatedly soon.

As for the rest of today, I went through a very popular section I think people call the Roan Highlands, but I’m not sure. It was so hyped up that I expected more, but it was still nice. Roan Mtn had a pretty steep climb, but it was through a nice forest of pine trees, roots, and rocks so that was a nice change. 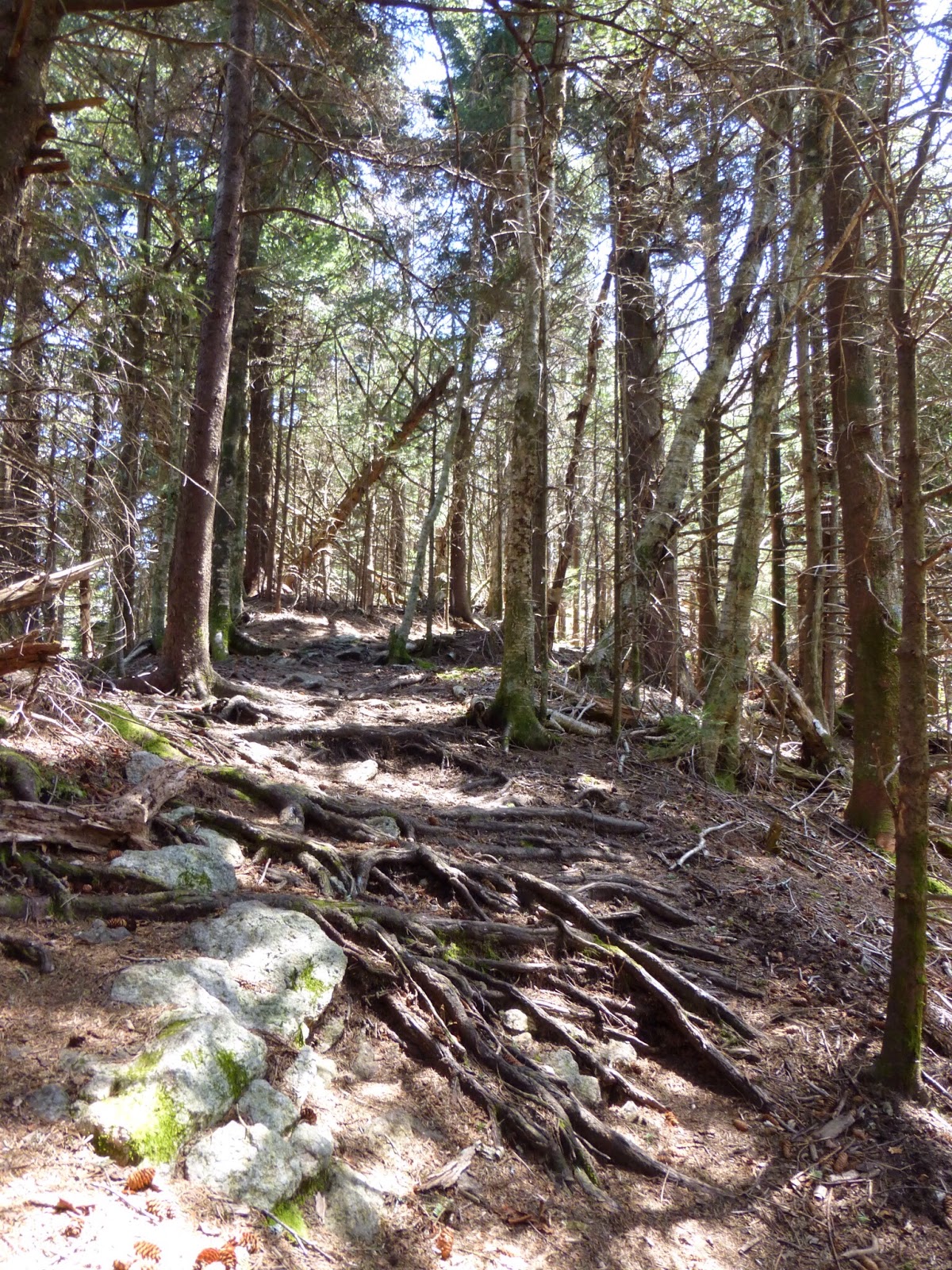 The summit did not have the view I envisioned, but it is a big tourist site because it is a grassy field that was once the home of the luxurious Highland Hotel in the early 1900s. There was an old chimney next to the trail. 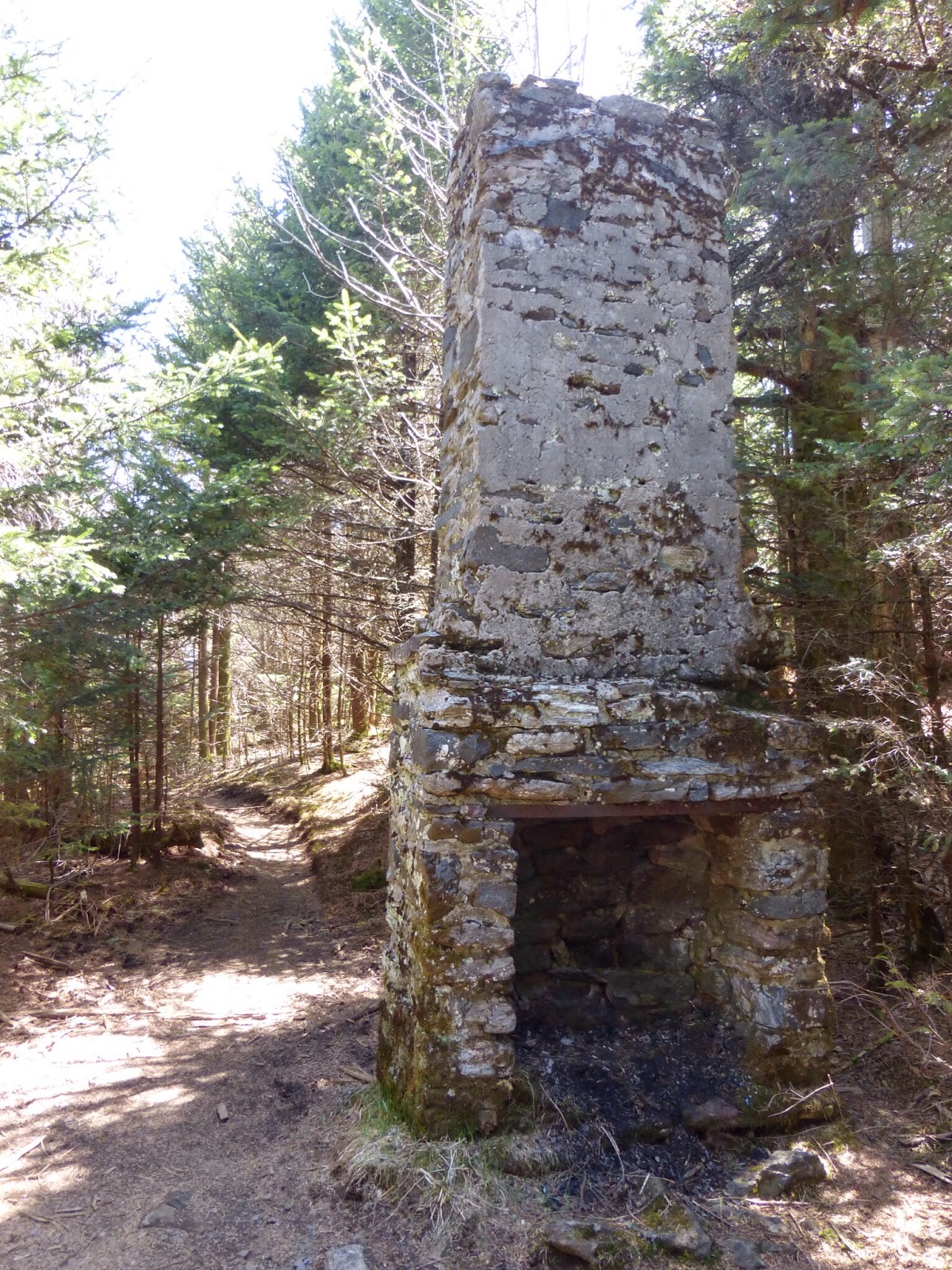 The highlight of the day was the last hour of the day when I went over Round Bald and Jane Bald. I’ve been told that these are the last good views for awhile and to take them in. On top of Round Bald three guys (Matt, Garrett, and Max) were playing guitars and singing and it was really enjoyable. They took a photo for me and let me record one of the songs they had written to put on the blog. Click here to hear the song. In the photo of me below, Roan Mtn is the large mountain on the right. 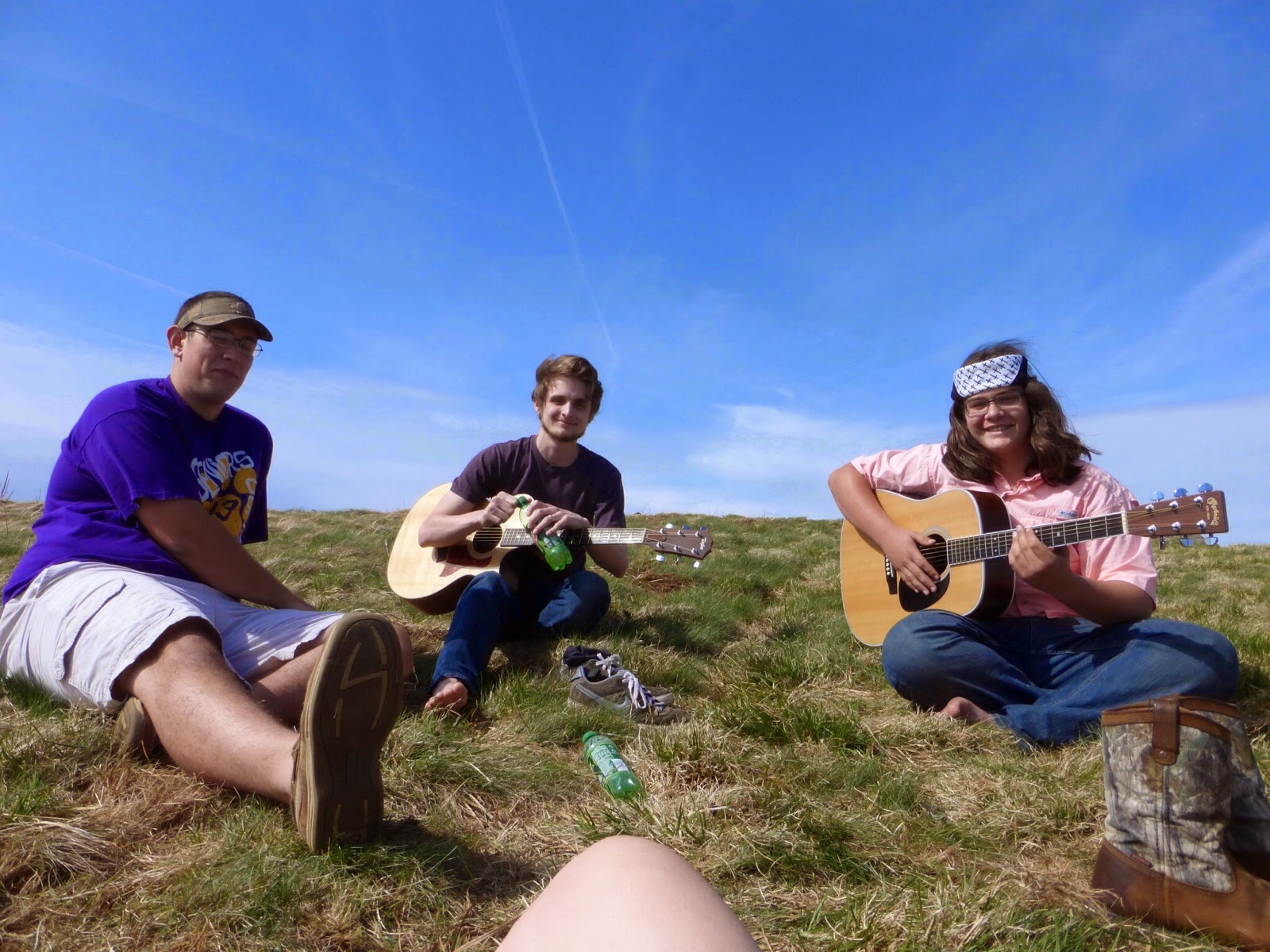 Here is the view looking back at Roan Mtn and Round Bald from Jane Bald. Also, some other thrus came by and I was able to get another photo of me.

I got to my earliest camping near a shelter at 6:15pm. There was another shelter a couple miles away that is said to have a nice view, but is crowded due to popularity. I was tempted to go on and decided to avoid the crowd and not do the unneeded mileage. Be proud of me! I was so glad I made that decision because I got to meet some great people! First I met two older women, Freckles and Drag’n fly, who are doing a thru hike and kicking ass out here. Freckles is 66yrs old and Drag’n fly is 73yrs old. Drag’n fly is attempting to become the oldest woman to thru hike the AT (record is now 71) and will turn 74 in September. She’s an inspiration! She’s doing consistent 10-15mi days and is ready ahead of the partiers, ha! I want to be her in 40yrs! Drag’n fly had already section hiked the whole trail completing it for her 70th so she knows what’s coming and is ready for it. She was great and we got along really well. I could have talked to her all night. I’m so excited for her. She and Freckles share a journal at www.trailjournals.com/freckles. It is a bit delayed, but I’ll be keeping an eye on it and cheering them on! Then two men arrived, Hawkeye and Big Shep. They are 66 and 68 I think. Just really great to see them out here! It totally pumped me up! 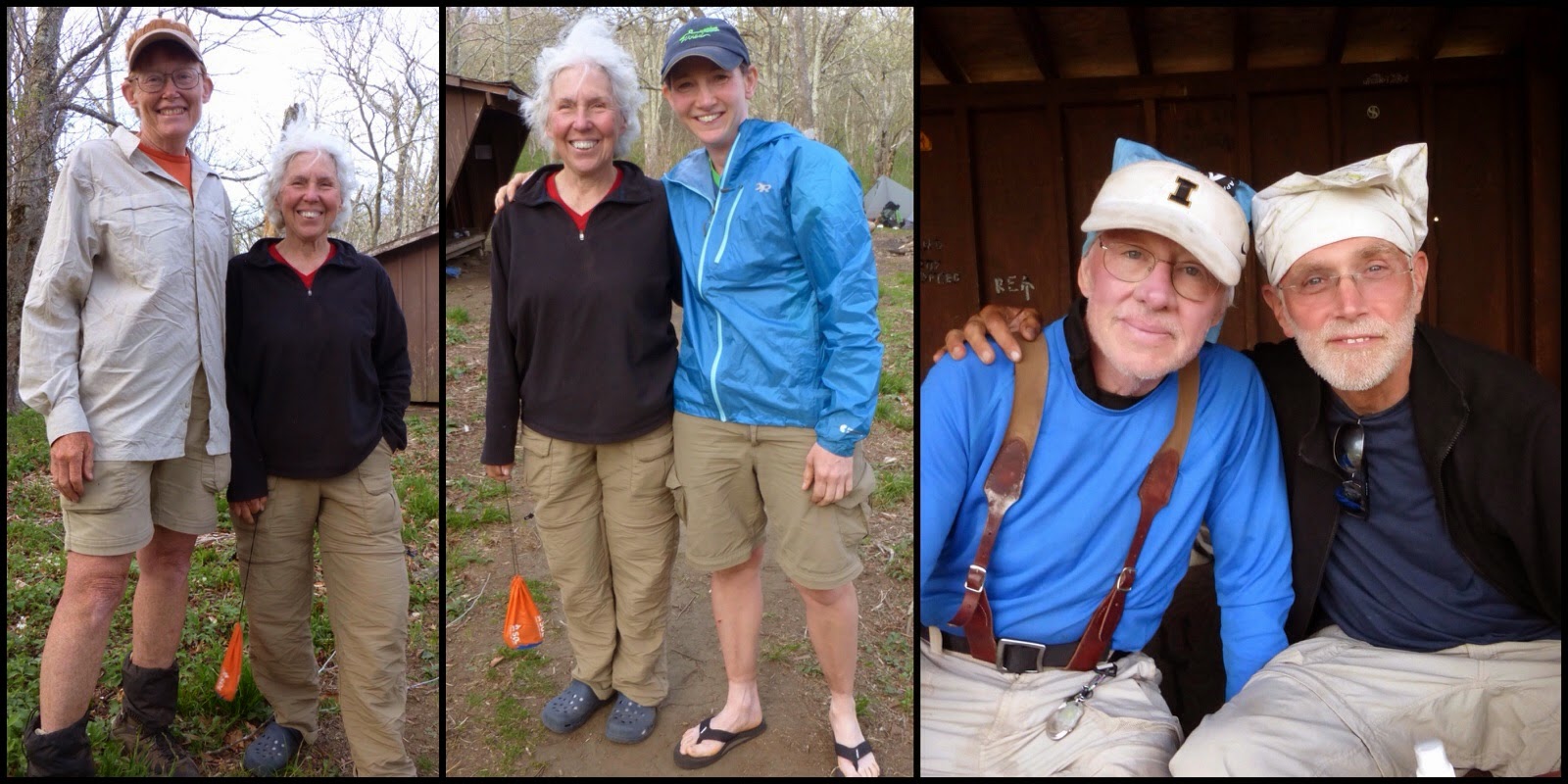 As it got dark, three younger guys came in and squeezed in tents and hammocks. It’s the first time I’ve been a bit irritated as everyone was in tents and it was after 9pm (hiker midnight) and they talked and walked around like no one was trying to sleep. It was only for about 40mins, so it wasn’t bad, but they just didn’t seem to even consider that people were trying to sleep. I have trouble focusing and the conversation distracted me so I had trouble writing and am now up later than usual, dang. Well, good news is that everyone is quiet now and it’s another great night for sleeping! 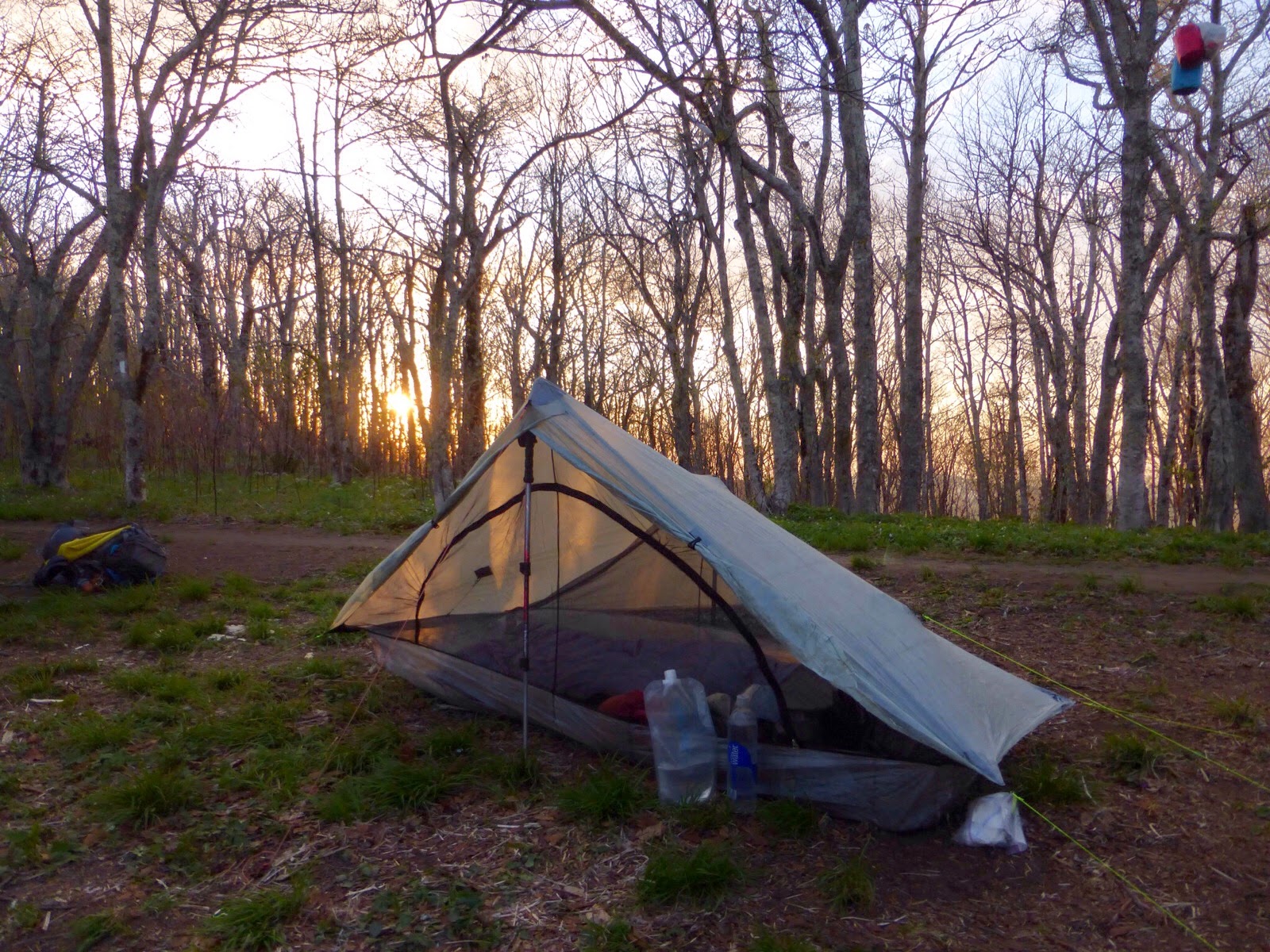